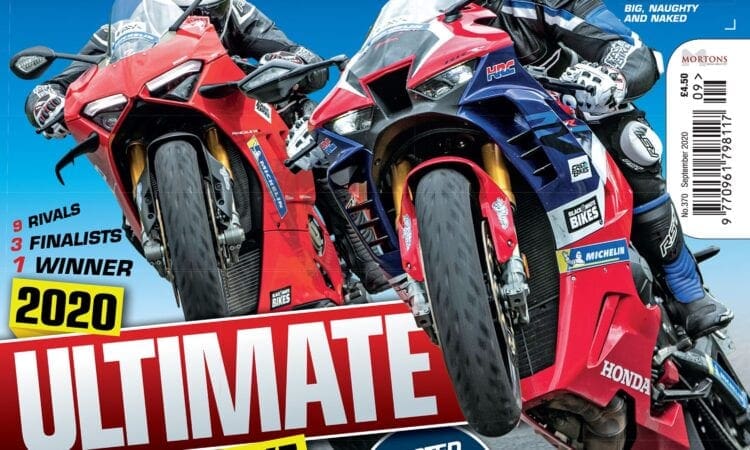 You don’t get any bigger, or better, than Ultimate Sportsbike.

It’s Fast Bikes magazine’s flagship sportsbike test and this year, it’s better than ever before.

On the road, each bike has been ranked in terms of its comfort and usability, as well as its brakes, the effectiveness of its tech and its overall character, after taking each of the bikes on every kind of road possible, from smooth fast B-roads, to bumpy farm tracks, to motorways, to high streets.

On track, Dangerous Bruce has analysed all of the bikes’ drive, agility, stability, feel, tech and brakes, because we know that these bikes are exactly the type of thing that you are going to take on track, be it at a trackday or race meeting.

And not only have we had all the bikes on the dyno and the scales, but Frodo had a date with a data logger, collating 0-100mph acceleration times and 100-0mph deceleration times, to throw some actual scientific data into the pot.

The contenders include last year’s Ultimate Sportsbike Champion, the unchanged BMW S 1000 RR M Sport, as well as second and third place finishers, the Aprilia RSV4 1100 Factory and the Ducati Panigale V4S, both slightly updated for 2020.

The Yamaha YZF-R1M has also been tweaked for this year but two of the most exciting additions to the 2020 line-up have to be Honda’s all-new CBR1000RR-R Fireblade, and Triumph’s also all-new Daytona Moto2 765.

We’ve already banged on about how good they are, but we couldn’t wait to find out how they’d fare against the rest of the pack.

And because it’s new, and Frodo waxed lyrical about how much he loved it on its launch earlier on this year (so much so that he actually went out and bought one), we invited a Ducati Panigale V2 along to the party, too.

A couple of superbike stalwarts that remain unchanged for this season, but still deserve a place in USB, are the Suzuki

GSX-R1000R and Kawasaki ZX-10RR – both cracking road bikes in their own right, even if they aren’t quite as cutting edge as the competition.

If a job’s worth doing, it’s worth doing right, which is why we’ve gone to the lengths we have to put this mammoth superbike test together. It’s the ultimate test of the ultimate bikes on the road, on the track, on the dyno, and even on the scales. We’ve left no stone unturned in our quest to find the very best sportsbike money can buy in 2020.