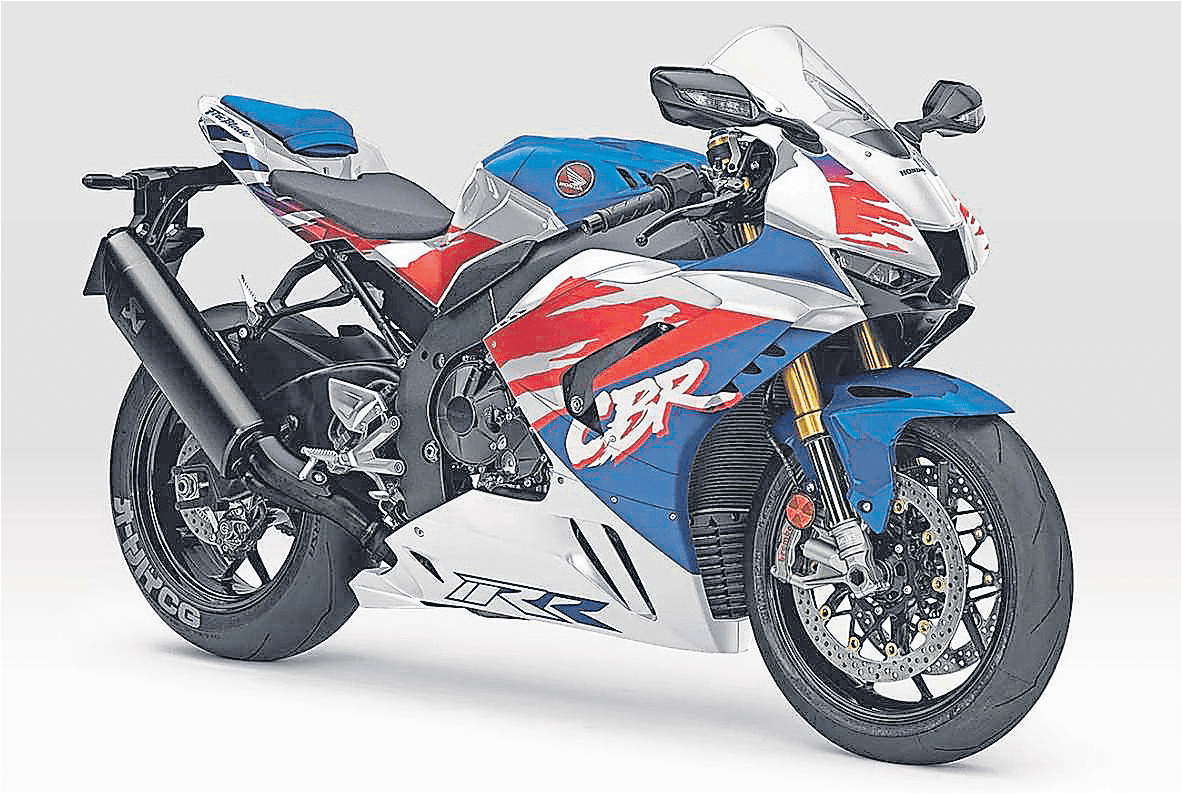 Direct from Japan comes the news that Honda could be preparing to celebrate 30 years of the Fireblade with a trick version of its current CBR1000RR-R.

This one’s all rumours and speculation, but with Honda preparing to celebrate 30 years of the Fireblade in 2022, it’s not too much of a stretch to imagine the Japanese factory revealing a special-edition version of its flagship sportbike. When the first generation CBR900R Fireblade went on sale way back in 1992, it shook the motorcycling world with its innovative and comparatively lightweight design. Ever since, the Fireblade has been widely regarded as one of the best sportbikes in the game.

That’s why it would come as no surprise that Honda’s gearing up to mark the 30-year anniversary of one of its most influential models. That’s what the Japanese motorcycle media reckons is about to happen, and to prepare us for what we’ve got to look forward to, Autoby has created a render which sees the current CBR1000RR-R repainted with a slightly reimagined version of the red, white and blue livery from 1992.