KRT rider Jonathan Rea secured two more WorldSBK podium finishes on the opening race weekend of the 2022 season, riding to second place in both the Superpole Race and Race Two on Sunday. Alex Lowes took his KRT Ninja ZX-10RR to sixth and fifth place finishes on the final day of race action. 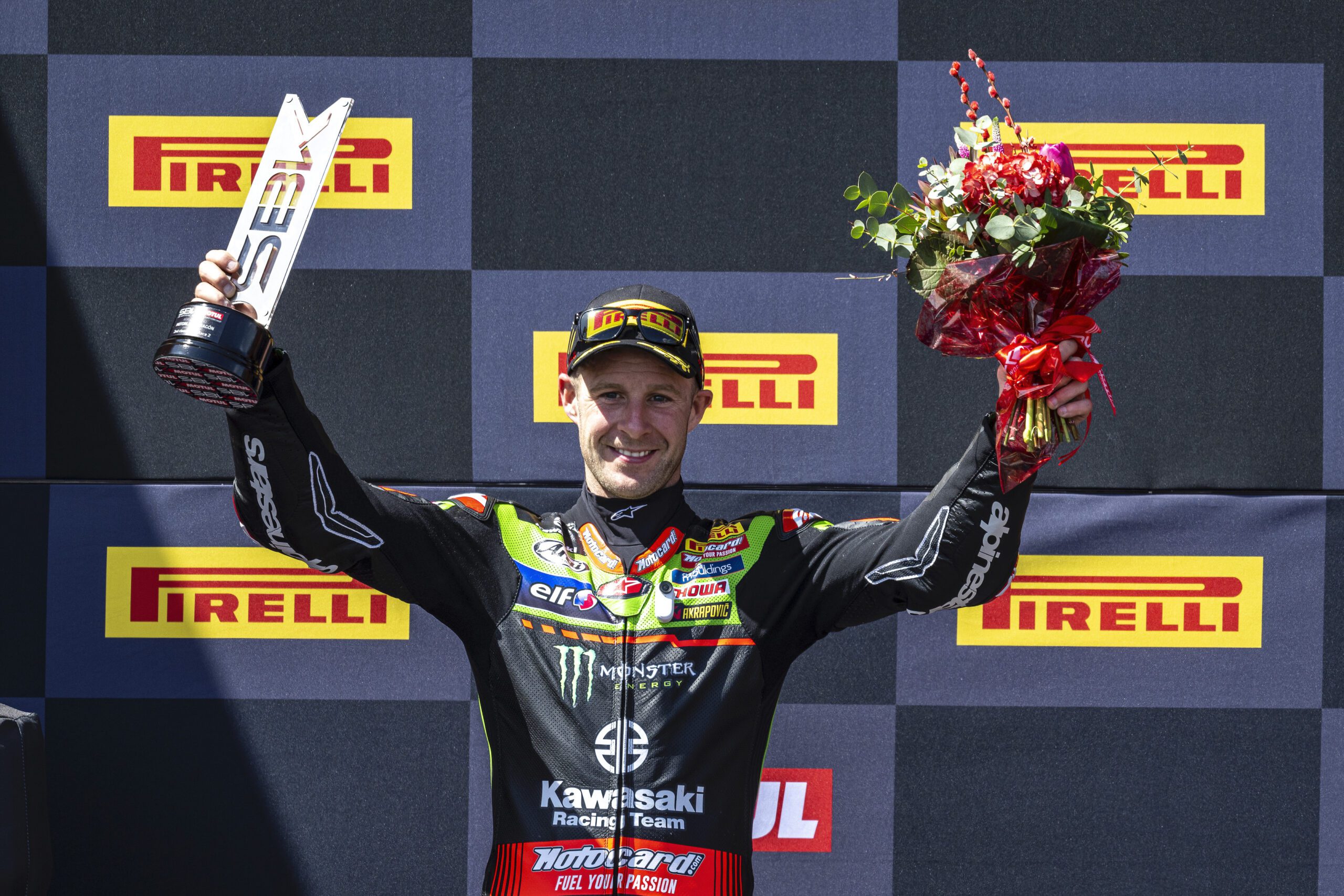 In the first ten-lap Superpole race on Sunday morning Rea had to fight hard to take second on his official Ninja ZX-10RR, holding off the constant challenges of Michael Ruben Rinaldi through the second half of the race.

Lowes placed sixth in the Superpole race, taking his first points of the season after having a fall in Race One on Saturday.

In the full distance 18-lap Race Two Rea was again involved in a battle that prevented him from trying to reel in double Sunday race winner Alvaro Bautista. Jonathan was finally second once again, having eased out a gap to the riders behind in the latter stages.

Lowes ended up in a lonely fifth place after 18 laps of the 5.077km Motorland Aragon track in Race Two, taking his best result of the opening weekend.

In the championship standings, Rea is second overall with 54 points to Bautista’s 57. Lowes is eighth overall, with 15 points.

Assen in The Netherlands will host the second round of the FIM Superbike World Championship, between 22-24 April. 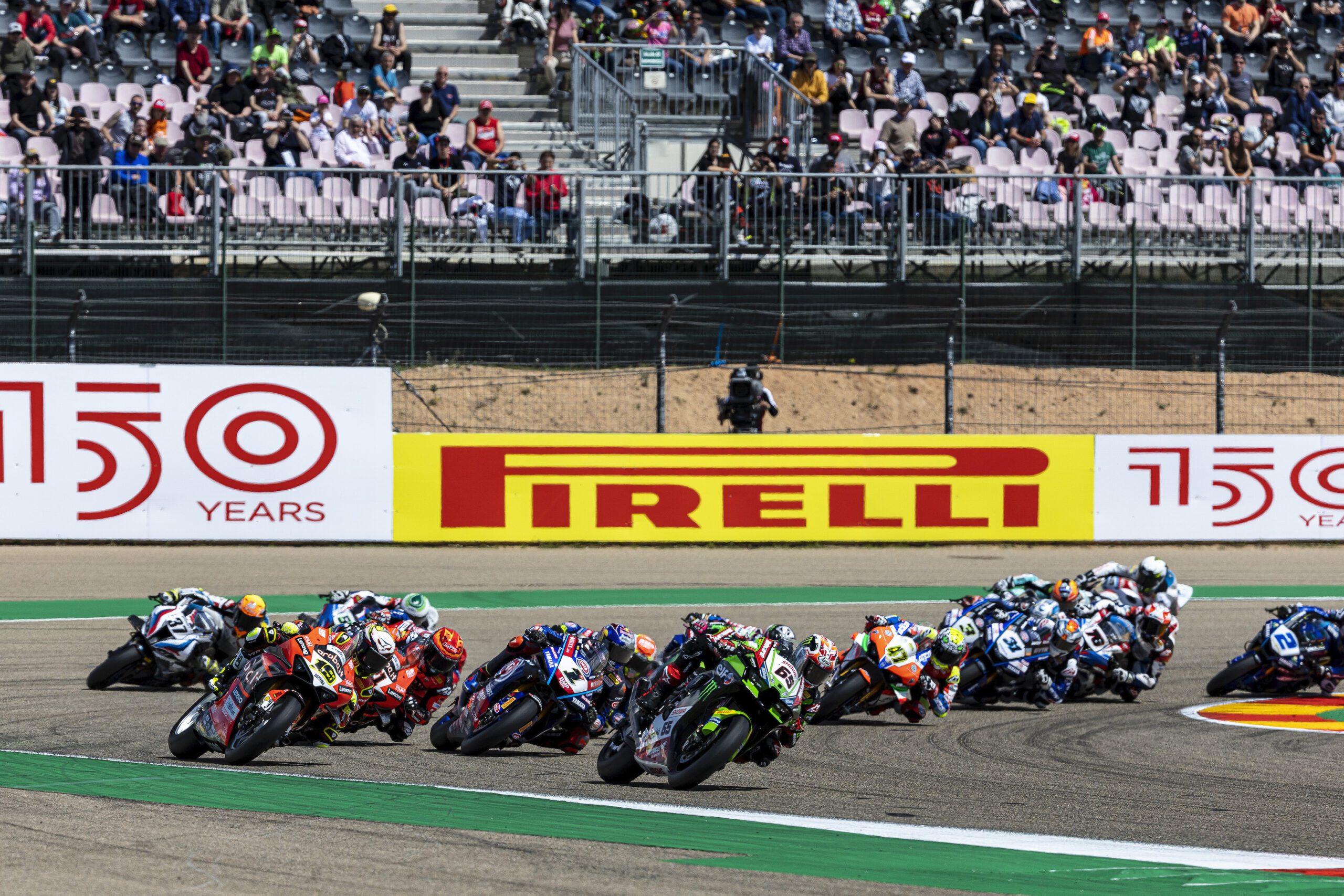 Jonathan Rea, stated: “It was a battling Superpole race. All I could do was to race for second place and the contest with Toprak and Rinaldi was intense. I couldn’t really get a free lap to do my rhythm, but it was fun as well. To come out on top of that little ‘mini-battle’ was nice. Just like the Superpole race I just got involved with other riders in Race Two. I felt my pace was similar to Alvaro’s, but on clear track. Rinaldi and Toprak were so excited to take track position I just really struggled to do my rhythm. I needed clear track to be fast and it took a long time to get that. The race was very aggressive again. I made quite a few mistakes. It was windy out there – and the wind changed direction. Yesterday there was a big tailwind on the straight; today it was a headwind, pushing you at T1 as well. But I am happy with the results. If I could have guaranteed these results on Monday, I would have signed up for them. To be best of the rest today I have to be really happy and move forward to Assen.”

Alex Lowes, stated: “I have struggled all week to find a good setting, even though I have worked hard. Maybe I worked too much in the winter on used tyres because when it came time to be fast I wasn’t quite as fast as I wanted to be. Today, I was happy because it was faster than we managed last year in terms of race times. In hotter conditions I felt quite good and I was not too far off the guys at the front. We are just lacking a few tenths, but we are also step in front of the others. It is not too bad, we just have a little bit of work to do.”