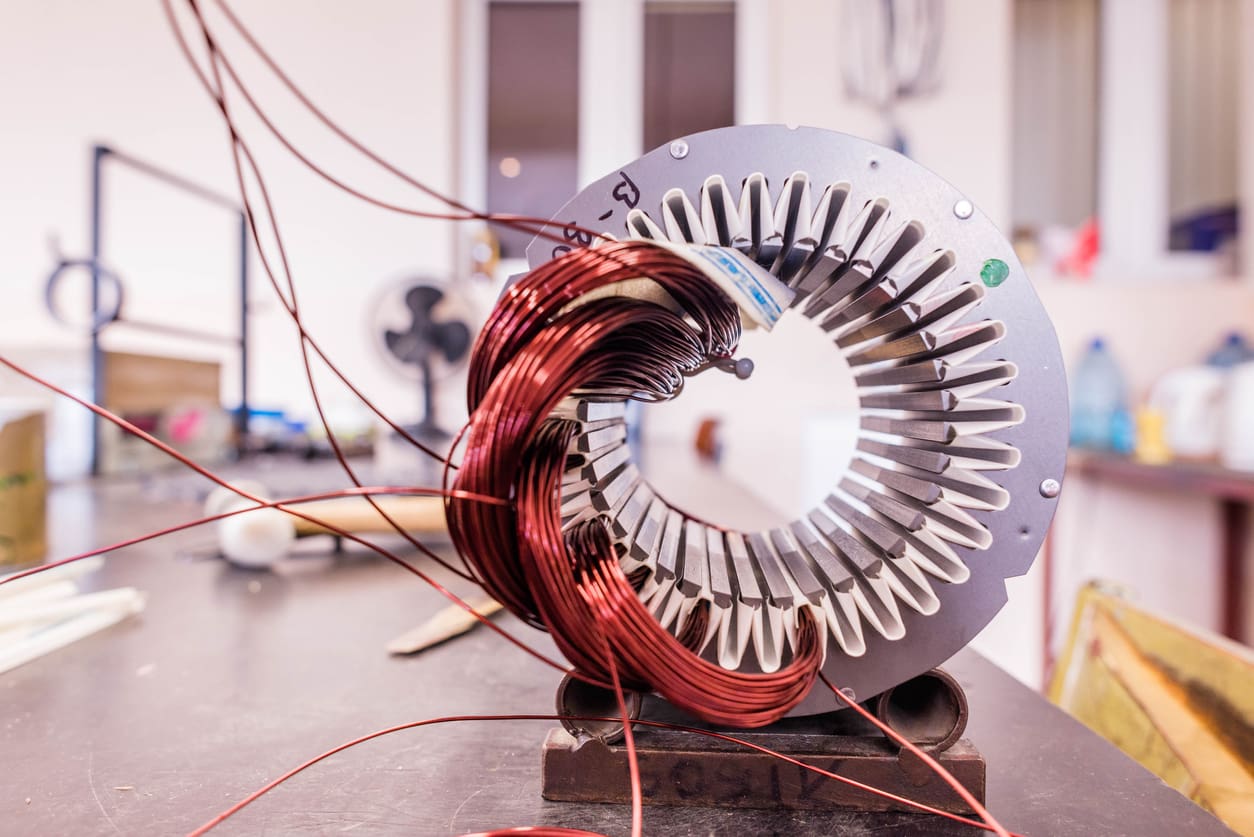 An American teenager has discovered a way to sustainably manufacture electric vehicles without rare-earth magnets.

Robert Sansone, a 17-year-old from Florida, recently earned first prize in this year’s Regeneron International Science and Engineering Fair for his invention.

A few years ago, Sansone came across a video explaining how most electric car motors require magnets made from rare-earth elements. Rare-earth elements are expensive to extract, costing much more than copper, as well as having a negative environmental impact.

Currently, electric motors use rotating electromagnetic fields to spin a rotor. These fields are produced by coils of wire in the stator, the stationary outer portion of the motor. Magnets attached to the edge of a spinning rotor in permanent magnet motors produce a magnet field that is attracted to opposite poles on the spinning field, which spins the rotor.

Sansone then learned of the synchronous reluctance motor, a type of electric motor which did not use rare-earth materials. Instead, a steel rotor with air gaps cut into it aligns with the rotating magnetic field, producing torque, rotational force, as the rotor spins. When the saliency ratio (the difference in magnetism between materials, such as the steel and non-magnetic air gaps) is greater, more torque is produced.

The synchronous reluctance motor is currently used for pumps and fans, but does not have the power by itself for use in electric vehicles.

After some brainstorming on how to improve its performance, Sansone set out to create a prototype synchronous reluctance motor with a greater torque and efficiency. Rather than using air gaps, Sansone set out to incorporate another magnetic field into a motor in order to increase saliency ratio, thereby producing more torque.

Over the course of a year, Sansone was able to build a prototype, made from 3D printed plastic, copper wires and a steel rotor. After several prototypes, he was ready to test his design.

However, Sansone is now working on calculations and 3D modelling for version 16 of his motor. He plans to build from stronger materials and test for higher revolutions per minute and hopes to move forward with the patenting process if the motor continues to perform.

Sansone’s winnings of $75,000 will go towards his college tuition. He is waiting for the results of his next phase of testing before he approaches any motor companies, but hopes one day his motor will be the design of choice for electric vehicles.