We have rounded up some of the very best video related motorcycling content, from Guy Martin stuff, to movies, to race seasons and all sorts!

We’ve also stuck up links to buy where we can to save you some searching, but at the same time a lot of this stuff may be available in your local dealer, too, don’t forget! 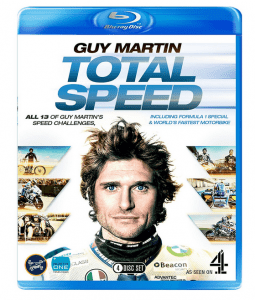 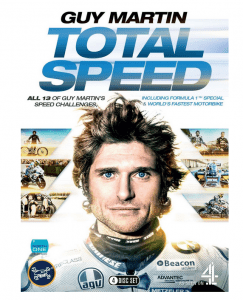 Catch up with everyone’s favourite biking nut-job on his ‘Speed’ series, with this Blu-ray featuring all 13 of his speed challenges, including his F1 special and the ‘world’s fastest motorbike’ which, as we all know, wasn’t… Nevertheless, there’s a great deal of Guy goodness in this Blu-ray (or DVD). 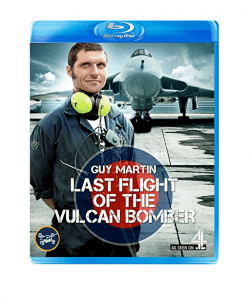 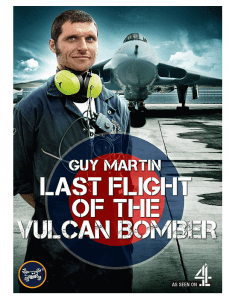 No it isn’t bikes, but Vulcan Bombers are cool, Guy is fun as the host and there is some absolutely stunning footage of the Vulcan in flight – word! 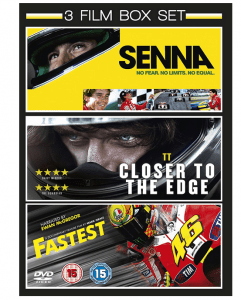 What a packed feature this is, with three superb motor racing films: Senna, which is great if you haven’t seen it. Fastest: Brilliant MotoGP documentary and lastly, TT Closer To The Edge, also a stunning documentary on the Isle Od Man TT Races – all three are bloody superb! 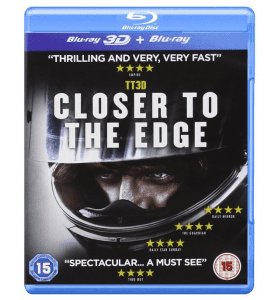 Have you seen this already? It’s amazing! But have you seen it in high-def Blu-ray, or, in 3D? It does add another dimension to it alright if you’re set up to play 3D content. 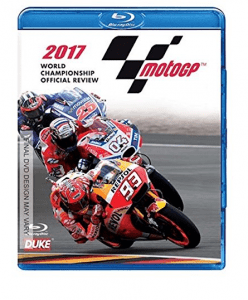 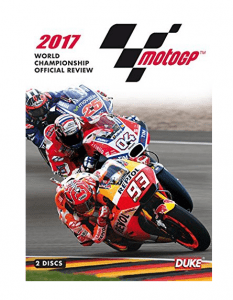 Enjoy an absolutely brilliant year of MotoGP once more, with this crystal clear Blu-ray release, or on DVD, too. With some cracking racing worth savouring while the snow falls, this is a great present for any fan! 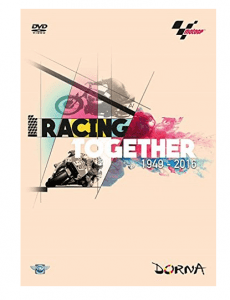 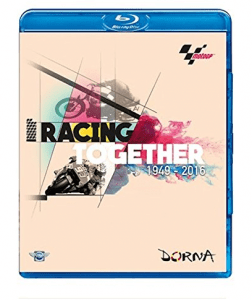 This is first ever, official and full history of Grand Prix motorcycle racing from the very first race all the way up to modern times. Wow your friends in the pub with your awesome knowledge of racing history, or just enjoy it all by yourself – it’s a cracking watch! 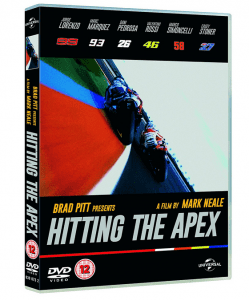 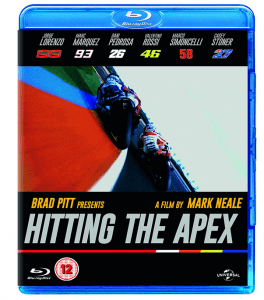 Another incredible documentary on MotoGP by Mark Neale, this time focusing on six racers and their time in the sport – captivating, brilliant viewing! 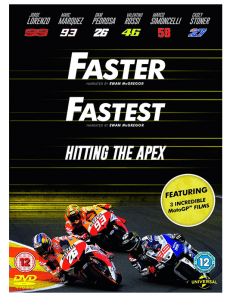 Including the original MotoGP documentary by Mark Neale, and still the best we think, Faster covers the end of the two-stroke era as it transitions into the new four-stroke based GP timeline, and the rapid rise of one Valentino Rossi. Well worth all your time, then dive into the sequel ‘Fastest’, and ‘Hitting the Apex’ – hours of excellent viewing. 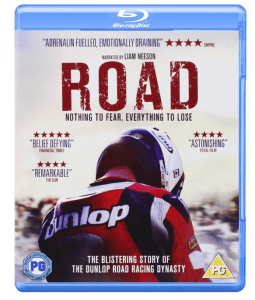 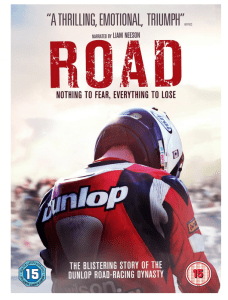 A must watch for all biking fans, especially those who lean more towards real road racing. This film narrated by Liam Neeson covers the Dunlop family dynasty over the decades of their road racing lives – be warned, it’s a tear jerker! 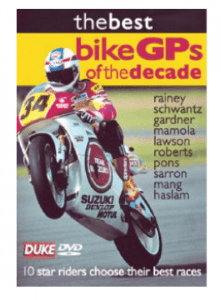 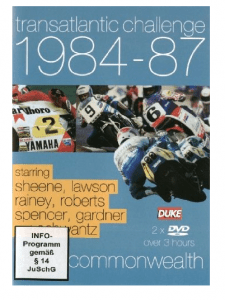 Awesome watch this is, as we see the old (and much missed) Transatlantic challenge in full swing, with GP bikes versus Superbikes, Britain Vs America with some proper legends of the sport in play. Enjoy Schwantz and Rainey knocking lumps out of each other at Brands Hatch, or Ron Haslam at Donington Park riding a road going VFR750 (complete with horn!) against the rest on their pukka racers. A lot of goodness lies herein! 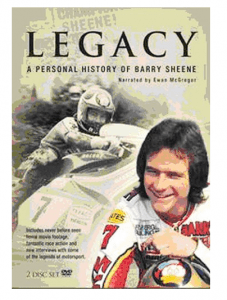 Who doesn’t love Barry Sheene? Oh, you don’t, you over there at the back? Well after watching this, you sure will! Bazza is a true legend of the sport, one of the very best, which you’ll discover in this superb documentary. 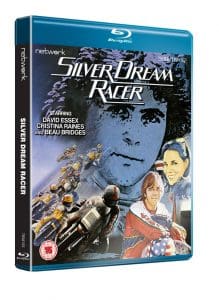 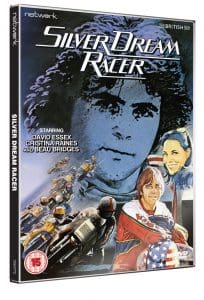 Much maligned, but now very much a trip down memory lane, this movie sure divides opinion, but it’s a much better watch in high-def simply for racing history being presented in such clarity – you can read our review of this Blu-ray right here Fast Bikes’ Silver Dream Racer Blu-ray – Review! 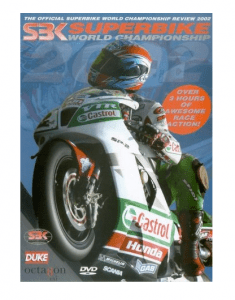 Revel in one of the greatest seasons ever of WSB, with undoubtedly one of, if not THE, best final races ever seen between Colin Edwards and Troy Bayliss, with Brit Neil Hodgson sticking his oar in too! 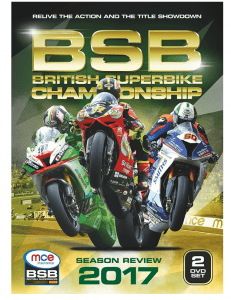 Witness another amazing year in BSB with yet another fight going down to the final race between Shane Bryne, Leon Haslam and Josh Brookes – a banker of a stocking filler! 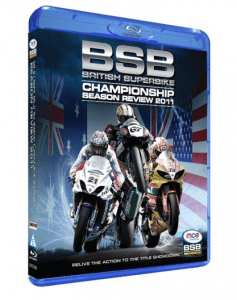 A landmark year in BSB, with one of the closest title-winning final races in the history of motorcycle racing, anywhere, ever! Enjoy it all over again as Tommy Hill and John Hopkins fight tooth and nail for the BSB crown! 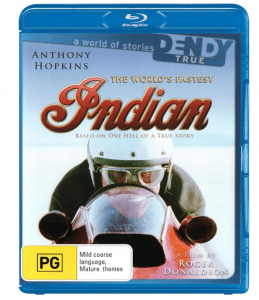 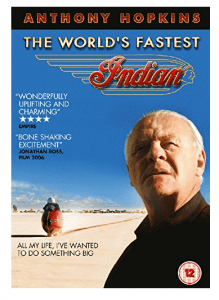 Incredible biking movie with Anthony Hopkins starring as Burt Munro, taking his 1920s Indian Scout to the salt flats in Utah to set a new land speed record. Not seen it? Do… 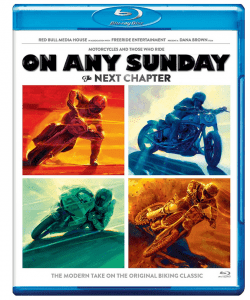 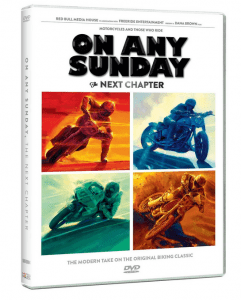 This ‘new’ version delves into how biking has changed since the original OAS, including Marc Marquez, Travis Pastrana, Robbie Madison and many more! 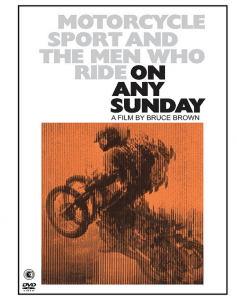 The original documentary is still great now, and if you needed any other reason to watch it – Steve McQueen is in it! Hop to it!

Duke have an incredible library of bike racing from all disciplines, going back decades, so much in fact that it’s easy to get lost in all they have! But no doubt you’ll find plenty here for either yourself, or your loved ones to enjoy.