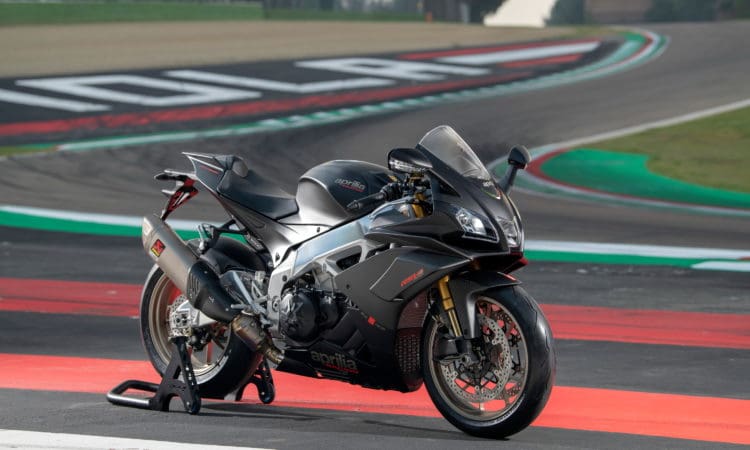 Wild 1.1 litre superbike will set you back more than £21k. Tuono 1100 with Ohlins EC semi-active suspension is £17k

The good guys at Aprilia UK have been hard at it with the abacuses and the VisiCalc spreadsheet and come up with a price list for its sweet-looking 2019 range. The big story is of course the RSV4 1100 – Ducati pulled a proper fast one with its 1103cc Panigale V4 last year, and now the RSV4 has the horsepower guns to keep up with it. It’s not cheap – the Noale ultrabike will cost £21,499 otr – which falls between the £19k of the base Panigale V4 and the £23k of the ‘S’ version of the Ducati. You don’t get the electronic suspension of the ‘S’, but the RSV4 is a higher spec than the base bike. Decisions, decisions.