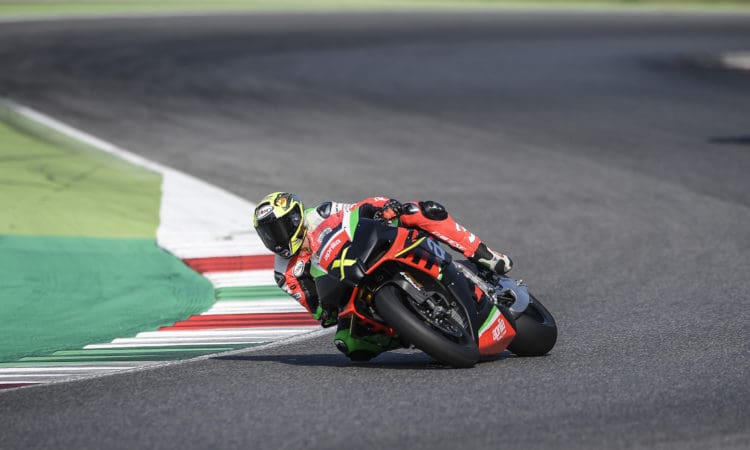 Yes, fast-group plutocrats, your 225bhp/165kg ultimate track bike is in the post…

The launch of this bike was a teeny bit overshadowed back in April – the Noale firm announced the RSV4 X super-spec track machine during the RSV4 1100 Factory launch. And since only ten are being made, it’s a little bit on the ‘moot’ side to almost all of us.

But if you missed it at the time, here’s another chance to soak up the saucy deets. It’s essentially a no-holds-barred track-only edition of the superb RSV4 1100, with top-end Brembo GP4-MS front brake calipers, a 225bhp tuned 1100 V-4 motor, titanium Akrapovic, forged magnesium rims, high-spec Öhlins, the lot. It’s also got a unique ‘ANN’ (Aprilia No Neutral) gearbox, with neutral at the bottom, which makes a slicker, faster change from first to second gear. Add in the Brembo calipers – also unique to this bike – and you have a properly special, one-off piece of kit.

As we said, only ten of these €40,000 weapons have been built, and they sold out in about a quarter of a second when launched in April. And there wasn’t even ten available, since two have gone to Max Biaggi and Andrea Iannone, the jammy buggers. Biaggi put his straight into the back of his old Fiat Ducato LWB van, and schlepped it up to Mugello, where he gave it a (slightly predictable) thumbs-up. “Tackling the corners at Mugello astride the RSV4 X is always a fantastic thrill!,” he said. “On this bike, the sensations are exactly like those of a racing bike and, as soon as I got on it, I felt like I had never quit racing”.